BRIEF HISTORY OF THE INSTITUTE

Ózd town is located in Borsod-Abaúj-Zemplén County, on the north-western side of mountain Bükk, lying at the borderline of the former counties Gömör and Borsod. Its economic-social life was once determined by the ironworks, the development of healthcare happened depending on the growth of the factory.

A six roomed hospital had been set up in the area of the factory first in 1882; while by 1906 – in the hospital having 60 beds by that time – departments of internal medicine, surgery and maternity wards had been constructed already, employing 3 doctors and 6 nurses. The rapid development of the factory made its leaders to further extend the hospital too. The construction started in 1939, far from the factory in a place with clear air and plenty of sunshine. Due to World War 2, it had been handed over only on 16 October 1949; in the year Ózd had been declared a town.

In that period the 180-bedded hospital was reckoned up-to-date both professionally and from a building engineering point of view, however, the congestion due to the high employment demanded additional constructions, extensions. A specialist consulting room connected to the hospital had been handed over in 1960. By the 1970s the structure of the hospital included the most up-to-date level of progressive medical attendance. It had an8-bedded admission unit, an 8-bedded intensive care unit, an examining-acute departments and chronic post-treatment units. In 1992, the healing of in-patients took place on 422 beds at the original basic area. The town hospital went through a complete reconstruction between 1995 and 2000, the completely renovated specialist clinic had been handed over in 2009.

The Rheumatology Unit, which previously operated on a separate premise, 2 km away from the hospital-clinic unit had been moved to the new wing of the hospital, on the top floor of which a Locomotor Rehabilitation Department started its operation in 2016.

The Almási Balogh Pál Foundation is operating since 1988 in order to help supporting the direct resources of the healing work and the professional continuing education of our employees.

The bibliography of Almási Balogh Pál

Pictures from the history of the hospital 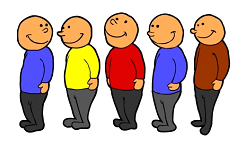